SHELTER FROM THE STORM – ROD CARVER

Shelter From The Storm – Rod Carver 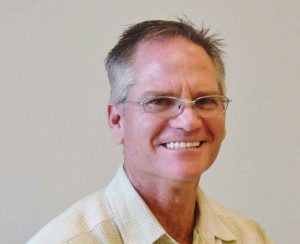 Raised in a Christian home in Southern California with five siblings, Pastor Rod attended church throughout his upbringing. After some time away from God through college and flirting with a professional surfing career he recommitted himself to God then met and married his wife Noreen in 1990. After traveling and working in the surf industry then later as a school teacher, he was asked to serve as a youth minister and assistant pastor at Calvary Chapel of Chino Valley, California (a church of more than 8,000 members today). He served with CCCV over 4 years, but felt called to go out and serve in mission work or church planting.

In the fall of 1995, Rod and Noreen Carver began praying about where the Lord might lead them. By December of 1995 the possibilities had narrowed and their prayers began to focus on Corpus Christi. As a college student when Rod struggled with his faith, he became involved with drugs and the surfing culture of the times. God’s pull on his life never let up. Rod rededicated his life to the Lord at a surf contest on North Padre Island. Eight years had passed without a thought of returning but when push came to shove, God wanted Rod and Noreen in Corpus Christi. A visit in the summer of 1996 confirmed that God would move them to South Texas.

God has blessed Calvary Chapel Coastlands with the responsibility of hosting a Bible teaching radio station. Pastor Rod managed KSGR 91.1 FM until 2002 when he was able to become a full time pastor. We currently house the radio station, a bookstore and coffee shop on our campus. Pastor Rod remains active in national issues and travels to Austin and Washington often. Through various events Coastlands gained a heart for the court and prison system spending time and resources to minister in both realms to see God bring health and healing. Pastor Rod continues to further his education and encourages others to do so starting with Coastlands School of Ministry. Now grown, his daughters continue to serve the Lord in the same way they were raised.