MANNA IN THE DESERT – BOB ORTEGA

Manna in the Desert – Bob Ortega 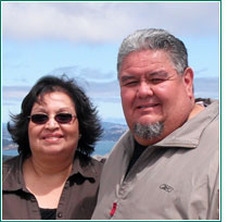 Pastor Bob was raised in a Catholic environment of alcohol and domestic abuse. He married, started a family, but also began to abuse drugs and alcohol. After 10 years both he and his wife Mary saw the path they were headed to, as they saw failed marriages & loss of close friends to drug and alcohol abuse. A co-worker began to share the gospel with Bob, as his mom, aunt and cousins were also praying for him. In 1979 Bob and Mary finally gave in to an invitation to a church service at Calvary Chapel West Covina, CA, which is now Calvary Chapel Golden Springs, where they both accepted Christ as their Savior.

They began to grow through the study of God’s Word, prayer and fellowship at Calvary Chapel. Bob attended Shepherd School while serving in gang, prison and jail ministry. In the beginning of 1981 they began to pray for New Mexico as Pastor Raul Ries was involved in an outreach to Albuquerque, NM. At the end of the year they visited Las Cruces, and prayed for confirmation from God that they were being called. In 1982 they moved with their young daughters to Las Cruces, NM. Bob began to teach bible studies in Encantada Park until 1984 when they found a building for lease. The church leased the old pool hall/arcade in the Downtown Mall and eventually purchased it. Bob has pastored Calvary Chapel Las Cruces for 32 years. Bob & Mary have raised 4 adult daughters and have been blessed with 2 granddaughters and 3 grandsons.